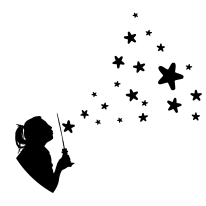 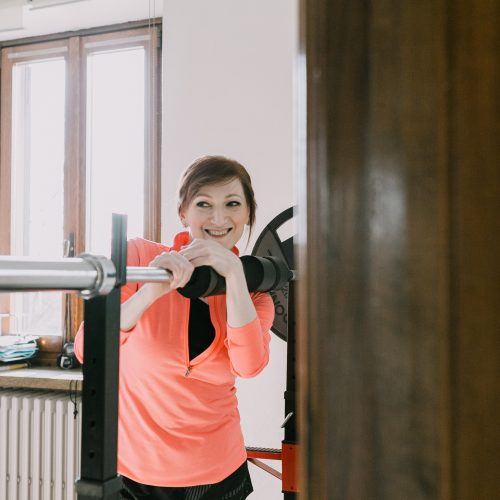 PAIN ACCORDING TO BASIC PHYSIOPATHOLOGY

The International Association for the Study of Pain defines nociceptive pain as pain generated by a noxious stimulus that activates nociceptors (do you remember? Our danger detectors) in peripheral tissues, such as skin, bones, muscles, nerves, ligaments, etc. .

This is the kind of pain that everyone is more used to, from the bites of a pin to the touch of a very hot object, up to pains from overload, to pain during movement in a certain direction.

The International Association for the Study of Pain defines neuropathic pain as pain caused by an injury, demonstrable by diagnostic investigations or by obvious trauma or disease (ie a disorder such as stroke, diabetes mellitus ...) of the somatosensory nervous system.

Some common types of pain cannot be included in either of the two categories reported up to here.

The typical example is the pain of so-called fibromyalgia. Other prominent examples are complex regional pain syndrome, chronic low back pain, irritable bowel syndrome, interstitial cystitis, vulvodynia and other visceral functional disorders, conditions that begin as nociceptive pain, such as osteoarthritis, but then they take on other characteristics.

I try to explain myself using the example of fibromyalgia. Fibromyalgia is probably a malfunction of several systems (nervous, immune, muscular), little known that causes a widespread bodily pain, but the "dysfunction" of the nervous system is specifically excluded from neuropathic pain, by IASP decree [1], starting from 2011. The word "dysfunction" indicates that fibromyalgia is not caused by damage to the nervous system, but by its malfunction, so it is no longer welcome, since 2011, in the "neuropathic pain" club and, like her, many other pathologies.

So, in what category do we put fibromyalgia and all the other pain problems that arise from what appears to be neurological dysfunction?

Since the "other" category seemed rather vague, the experts proposed some more descriptive names: none of these fit perfectly, but we'll settle for:

Nociplastic pain is defined by the International Association for the Study of Pain as pain resulting from impaired nociception, although there is no clear evidence of tissue damage real or threatened, causing activation of peripheral nociceptors or that it manifests itself in the absence of evidence about the existence of diseases or lesions of the somatosensory system that can cause the pain itself.

To the nociplastic pain, which is characterized by altered nocicection, lies the so-called central sensitization, or a particular mechanism of pain.

Your nervous system, including the brain, coordinates your mind and your body: it adapts and responds to everyday experiences, which help you survive, grow, adapt and function.

On the contrary to what you may think, the nervous system is not immutable: it adapts to changes inside the body and in the surrounding environment. The ability of the brain and nervous system to adapt and change is called neuroplasticity.

We all experience useful forms of neuroplasticity on a daily basis: learning to play an instrument, riding a bicycle, remembering the way back home ...

Neuroplasticity also has disadvantages, and the development of chronic or persistent pain could be an example. In this case, neuroplasticity makes the brain and the nervous system hypersensitive and hyperactive to normal stimuli, sensations, movements and activities, which should not cause you any pain, so you may feel harmless stimuli, movements or activities like painful sensations. This type of neuroplasticity could be subtended by the so-called "central sensitization".

Central sensitization is a physiological phenomenon characterized by widespread hypersensitivity resulting from an increased response in central neurons to receptor activity. In scientific literature we talk about the mechanism of central sensitization in patients who may have some of the following characteristics:

Spontaneous pain is a pain that arises without being stimulated.[2]

Referred pain is pain felt in a place other than the painful stimulus site. An example is the case of angina pectoris caused by a myocardial infarction (heart attack), in which pain is often felt in the neck, shoulders and back rather than in the chest, the site of the injury, or a pain in the neck that is perceived in the arm and / or hand etc.

Temporal summation is a condition of the CNS, which demonstrates greater perception of pain than repeated painless stimuli in the same area.

CPM refers to the psychophysical procedure during which a noxious stimulus (i.e. the conditioning stimulus) inhibits or reduces the perception of a second noxious stimulus (i.e. test stimulus) applied to a remote area of ​​the body.[6] It will have happened to you for example, and it is absolutely normal, that by strongly pressing an area away from your area of ​​pain, you may have felt relief. This happens when the pain inhibition system is efficient. Even if it doesn't happen, don't worry, because there are solutions to restore the normality of this system, as you will read later.

We said that our brains and nervous systems are able to adapt, so the good news is that the best treatments documented by current scientific research rely on neuroplasticity to restore the situation to normal.

The practices that have proven useful for dealing with chronic pain and have the ability to influence the way our brain receives and translates the message of pain are:

Drugs that affect the central nervous system (not analgesics, which are ineffective or opioids, because they can worsen pain sensitivity) are potentially a treatment option for severe painful system dysfunction.

The science of central sensitization is not entirely new, but if you recognize yourself in the characteristics of the people affected by this mechanism of pain, make sure that every professional you see is aware of the phenomenon of central awareness.

Chronic pain, of which we have previously spoken, can be a combination of all three physiopathological categories: nociceptive, neuropathic, nociplastic.

Central Sensitization in Chronic Pain, by bPaul Ingraham, on www.painscience.com

The IASP recently published (2008) a new definition of neuropathic pain according to which neuropathic pain is defined as “pain caused by a lesion or disease of the somatosensory system”. This definition replaces a 1994 IASP definition, which defined neuropathic pain as "pain initiated or caused by a primary injury, dysfunction or transient disturbance of the peripheral or central nervous system." Although the definition has not been radically changed, there are two important changes in the new version: the word “dysfunction” has been removed and an injury or disease affecting the nervous system has been specified as a somatosensory injury or disease.